A Must Read: "A Letter To My Son About Consent"

In my hometown this week, it was reported that a girl who went to the high school I graduated from took her own life. She was bullied and tormented with hateful taunts from classmates after a horiffic incident where she was raped by four boys and somehow one of them thought to take pictures as if somehow, somewhere that is even remotely acceptable behaviour. And instead of being helped by the authorites she reported the incident to, the case wasn't taken seriously enough and nothing happened to punish the boys due to an allegend lack of evidence. So life goes on, the classmates who tormented her over an incident she had no control over will weep on television and claim they didn't talk poorly of her.

Our evening news is full of stories of this seemingly sweet girl and what good she was doing in the community and what a lovely person she was. Too little, too late. This girl was failed. By classmates, teachers, school officials, law enforcement, our legal system, and... possibly most importantly of all, the parents of the boys who raped her. The parents who could have taken the time to reinforce how to treat a member of the opposite sex. I am not a parent, so I implore the parents of boys to read this article. All parents actually, it's a sound message.

Rehteah Parsons was so traumatized by the miserable way her 17 year old world fell apart, she felt her only escape was to end her young life. She has been failed so many times over, and I hope the reports all over the news about justice for her are followed through and that the next time someone comes forward to report a situation it recieves an appropriate response. 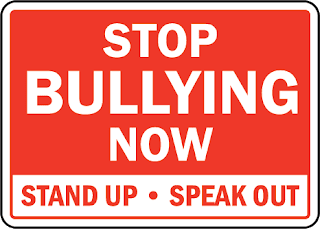