The Reign of the iPad

Tuesday afternoon, the company He-of-the-good-ideas works for held their annual golf tournament. Amid the golf store gift cards and promotional t-shirts there were a few big door prizes and he walked away with one of them… an iPad! 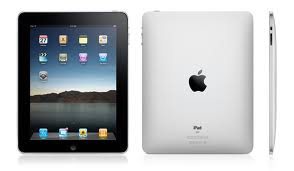 We’ve been talking/reading about and checking out reviews on tablets for a while now. Since we are both currently loyal to our Blackberries we were considering buying a Playbook, but we were weighing our options.
There are a lot of tablets on the market right now, and all of them have been compared – in one way or another – to the iPad. HOTGI isn’t a fan of Apple products; he had the AppleTV I bought him for his last birthday de-appled within hours of opening it, but there is something to be said for the tablet that all others are compared against. So when this iPad (essentially) fell into his lap, it seemed like fate.
So last night HOTGI loaded iTunes on his laptop and charged up the new iPad. Within about 20 minutes of opening apps and loading new ones (“Look at the CNN app!” and “Hey, SportsCentre”) he was quite obviously smitten, and proclaimed “how did I live without this?!” I think he’s happy. He also mentioned twice that I should get my own. I’ll just wait until he’s past the honeymoon phase with his and then play around on it.
I like the cameras (front and back) on it, and the fact that we can load Skype on it. I can’t wait to have a Skype date with my sister in and take the iPad around the house and show her things! I also figure it will be nice to have for watching movies in bed after my jaw surgery in a few months. HOTGI likes the fact that he will be able to read the newspaper on it, perfect for when we’re camping in a spot where there is a Wi-Fi hotspot nearby.
Oh, and I can’t wait to play Angry Birds! 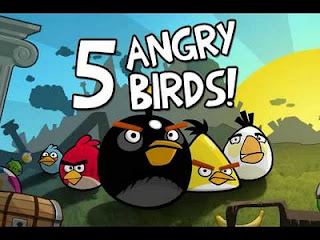 Edited to add the link to a photo I took of myself using the iPad and the Instagram app!http://instagr.am/p/N1jcA/